Home » InterMed News » News » A message from our President

A message from our President

Our President, Dr. Phyllidia Ku-Ruth, shared this message about racism with our staff: 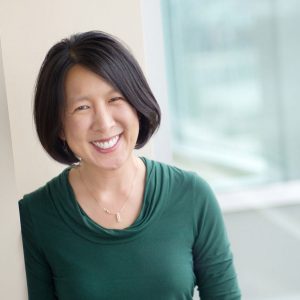 It was my father who first taught me about the institutionalization of racism.

As a young child, he would sit me and my little brother down on a regular basis to show us pictures of the Japanese Americans who were forced into internment camps during World War II. “This could happen to us” he said. “Because we will never look like them.”

By “them” of course, he was referring to white people. I had already suffered from the small hurts of kids on the playground pulling at the corners of their eyes, taunting “chink,” so I knew something of what he meant. But even as a very young child, I had also already experienced at the hands of those same “white people” the support, love, and celebration of who I was as a person, and not what I looked like, or what somebody thought I represented. And my father had too. Sprinkled between our scholarly reviews of the Japanese internment camps, my father shared with me his fond memories of the many kindnesses he experienced as a young man at the hands of those same “white people,” as he’d immigrated to the United States to Platteville, Wisconsin, with nothing but a one-way airplane ticket, small suitcase, and a scholarship to the local university.

Now, as a parent with children of my own, I have been witnessing, as you have, the pain and sadness of these last weeks following George Floyd‘s death. And I reflect on something else my father taught me – that for me, the fight against racism is a deeply personal one.

My fight happens every day in every interaction I have with every person in my life. It’s not about posting on social media. It’s not about making broad generalized statements condemning actions or supporting movements. It’s about holding myself accountable to truly providing Care without Compromise in not just every patient interaction that I have, but every human interaction I have. I believe we must each commit to treating one another with the kindness, respect and caring that every human being deserves. Even when I’m frustrated, even when I’m tired, even when someone has slighted me in some small way, it is my job, my duty and my responsibility as a human to respond in a way that is in direct opposition to hate.

These are difficult and uncertain times. I deeply love this country, the one my father chose as his home. As caregivers, your capacity for empathy and compassion is part of what makes us who we are at InterMed, and I’m grateful to work alongside such wonderful people. Let us live InterMed’s values every day as we treat our patients and each other with the dignity, respect, honesty, and integrity every human deserves.

“We but mirror the world. All the tendencies present in the outer world are to be found in the world of our body. If we could change ourselves, the tendencies in the world would also change. As a man changes his own nature, so does the attitude of the world change towards him. This is the divine mystery supreme. A wonderful thing it is and the source of our happiness. We need not wait to see what others do.” – Mahatma Gandhi